Soulful Americana artist Brittany Collins writes songs that are equal parts heartbreaking and hopeful. Her hauntingly powerful voice evokes imagery of the rugged mountainous landscape where she was raised and still lives in the Pacific Northwest. Her performance will hit you like a lightning bolt and leave you begging for more.

A self-described “late bloomer” Collins didn’t perform on stage until she was in her twenties, but once she was there it became clear that this is where belonged. Quickly building from acoustic coffeehouse shows to packed summer festivals, her infectious energy and soulful voice have made her a darling of the Northwest music scene not to be missed. Her self-produced, self-released debut “The Hitchhiker EP” introduced her to audiences as a woman on the rise.

Her latest EP "Rough Sides" Falling on the heels of a year that saw most live music venues shuttered, gives us a look into the psyche of the Pacific Northwest musician. While “Somebody” calls out to the duality of the human experience, “The Apple” reflects on the need to prove ourselves bigger than our roots, and “Two Worlds” harkens to the comfort of home, even when the road is calling. 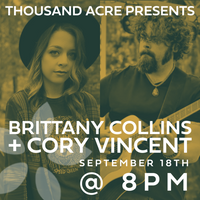 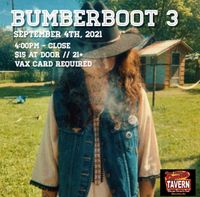 Come check out the show at Sedro Woolley's most beautiful outdoor stage 6:00-8:00!

Reserve your table for $20 to guarantee your spot!

Tuesday nights at Farmstrong are not an event to miss! Come on down and catch the show from 6:30-8:30

I'll be playing at Sigillo Cellars Snoqualmie from 6:30-9:30

Palooza on the Garden

I will be celebrating this amazing Summer Festival in beautiful Skagit County!

I will be joined by my friends Wes Jones and Jack Mattingly at the Main Street Bar and Grill to celebrate the official start of Summer!

I will be returning to Anelia's Kitchen and stage for an intimate acoustic performance!

Brittany Collins will be returning to Fairhaven Stones Throw with brand new material to sing about!

Brittany will be headlining the Kombucha town showcase this Sunday night so make it on out for some tasty drinks and a guaranteed good time!

Grab your lover, your friends, your dog, or just your favorite beer and sing along at this one-night Valentines Day celebration with Brittany Collins